A Tale of Two Academies 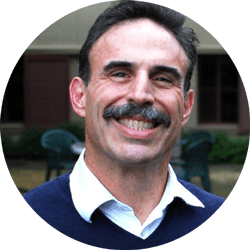 There are questions that have never been asked before. “When does a former automobile association building come to resemble the science building on a university campus?” There are other questions that are asked frequently, though often without satisfactory answers, such as: “what is the best way to educate high school students for success?” Fall 2017 will see the convergence of these two questions with the launch of two Quest Forward Academies, one in Northern California in the city of Santa Rosa, located in a converted AAA building, and the other in Nebraska, on the campus of Bellevue University, just outside of Omaha.

At the Santa Rosa campus, the sound of construction and the blur and hum of activity are under way as we get the site ready for students. There are two phases of construction: the first getting the second story ready for Fall 2017 and the second getting the remainder of the building ready for Fall 2018. Work is being done both on the exterior and the interior of the building and we are eagerly anticipating opening the doors for students on September 5, 2017. Meanwhile, on the Bellevue Campus, no construction is needed. Instead we have taken over four rooms in the Riley Science Building. We are busy making changes to the interior to transform the space from a traditional classroom configuration to one more conducive to the requirements of Quest Forward Learning. Classes will start here on August 22, 2017.

Created for the express purpose of demonstrating the power of the Quest Forward methodology, the Quest Forward Academies are independent schools built on an “all Quest Forward Learning, all the time” approach. The reason for the diverse choice of locations for the campuses is rooted in the vision for Quest Forward Learning. We want to show that schools of this kind can be created anywhere, without the construction of elaborate expensive campuses dedicated to the purpose. All too often education models depend on expensive infrastructure or facilities that are capital intensive. With Quest Forward Learning we have developed a platform that can be established anywhere with a minimum of required infrastructure. The goal is to make it possible for any community to create an Quest Forward Academy – all they need to have is a building that meets minimum specification. This can be an old office building, on a university campus, in an old school building, or pretty much anywhere. If Quest Forward Learning is going to transform the world of education, we need to be able to transform the world as we find it.

A key part of building the Quest Forward Academies has been creating the Foundation Phase curriculum. With the Foundation Phase we are building a curriculum that is ideally situated to enable students to become well educated. The curriculum is not being developed for particular schools, but rather for the full range of possible schools that might ultimately deploy Quest Forward Learning.

Even though we are doing some renovations on the Santa Rosa space, the Academies are not dependent on particular physical resources, but on the Quest Forward methodology itself. The Quest Forward Learning approach transforms the experience of school from one of passively sitting by and watching to one of active participation and discovery.

What the school days will feel like, and how students will ultimately respond, remains to be seen. For now all we know is that students and mentors alike are excited, waiting for the Fall so their Quest Forward Learning adventure can begin.

Stay tuned to this spot for future updates and spotlights as the year progresses.