In education, business as
usual is no longer enough.

We are a diverse team of researchers, engineers, and educators united by a common goal: to equip every young person on the planet with the skills needed to achieve their dreams.

We’re leaving behind traditional assumptions about classrooms, homework, and grades and have developed a learning method and platform that has launched the next generation in education.

In today’s schools, students are trained to memorize old answers to familiar questions. Today’s world is dynamic, connected and changing, raising new questions all the time. For students to succeed, they need more than fixed answers — they need the ability to keep growing and adapting to the world they find.

Quest Forward Learning activates lifelong curiosity in each student, cultivating the mindset, essential habits, and skills to succeed in life and work.

Success isn’t about answering old questions. It’s about seeing opportunities to create value, and having the skills to do so — for yourself, for your community and for the world. We teach students how to continue to learn for the rest of their lives.

Our Founder and CEO, Joe Ricketts

After more than 35 years as the founder and CEO of Ameritrade, one of the largest online brokerage firms globally, Joe Ricketts is dedicated to improving education globally through the programs offered by Opportunity Education Foundation, a private foundation established and funded by him.

Driven by his passion for education and his belief that technology can empower individuals and communities to determine their own futures, Joe Ricketts applies his entrepreneurial expertise and personal financial support to bring engaging, effective, and relevant learning to young persons around the world. 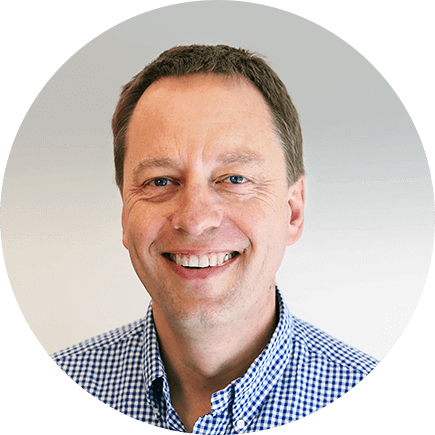 Previously, Manuel founded and led a custom enterprise software company, and later an innovation consulting firm, working for large clients in pharmaceutical, biotech, finance, research and government sectors. Manuel brings to his work at OE over 25 years of experience in technology-driven innovation, software development and change management in complex environments,  and a passion for building and leading high-performing teams. 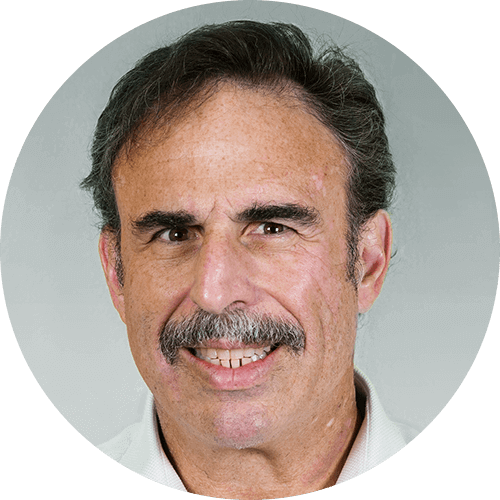 Prior to OE, Ray was the Associate Dean and Director of Pre-Collegiate Studies at Stanford University, where he founded and directed the Stanford Online High School and the Education Program for Gifted Youth (EPGY).  With thirty years of experience developing new models of learning, Ray has served in various advisory and board capacities and was the founder of the pre-college program at The School of The New York Times. A regular presenter at national and international conferences, Ravaglia is the author of two books, numerous articles, and has produced over 100 online courses.

Joe Ricketts has assembled an expert team of researchers, educators, and engineers to develop the tools and curriculum needed to engage and inspire a new generation of learners. Our team combines the expertise in learning and application development needed to change education globally. Joe Ricketts’ inspiration for Opportunity Education came from a conversation with Shange Wilson, a Serengeti safari tour guide. Wilson told Joe about how he was funding a school, Sotwa Wilson, in an attempt to foster a higher quality of education in the area. After visiting the school, Joe began to provide funds and educational materials to support the cause, which was the rudimentary start of OE. The success observed at Sotwa Wilson led Joe to produce DVDs based on the OE curriculum and expand the program to many other primary schools and countries. Overall, 465 primary schools were reached in Tanzania by OE materials.

In 2013, Opportunity Education considers the use of technology in the classroom to achieve academic goals. To test the feasibility of technology in Tanzania, OE initiates the Tablet Program, which provides 10 schools with tablets containing educational materials in English, mathematics, science, and history. The program continues for two years and in 2015, it was determined that technology can successfully be incorporated into developing country academics and the curricula needs address the distinct needs of the school. As of today, the curriculum for Quest Forward Learning schools is developed by Tanzanians to align with the national syllabus. There are seven Quest Forward Learning schools in Tanzania as of 2018, and there will be as many as 20 more added in the coming year. In 2005, Joe Ricketts shared his vision for Opportunity Education with Father Michael Mukasa, who was a lecturer at Ggaba seminary in Kampala, but spent his summers at Ricketts’ Omaha parish. Inspired by Joe’s dream of providing education to developing countries, Father Mukasa was a forefront leader in establishing the program in Uganda. After Fr. Mukasa identified suitable schools in his diocese, Kiyinda-Mityana, Joe provided a shipment of materials and Opportunity Education was launched. Due to the success of the program, it spread quickly to other Catholic Churches. Unfortunately, the government imposed very high import duties on the OE shipments causing the program to be on hold for several years, but as of 2016, it has been restarted after establishing a partnership with World Vision Uganda. Through the years, 443 primary schools were reached by OE materials. After a Cameroonian nun, Sister Rosemary Arrah, studied in Omaha, she brought Opportunity Education back with her to Cameroon. Within the country, there are two regions that predominantly speak English and these regions are broken up into four Catholic dioceses. In 2012, it was decided to offer OE materials to 10 schools in each of these dioceses. Collectively, 40 primary schools were reached in Cameroon by Opportunity Education. By partnering with the Student and Youth Travel Organization (SYTO) in 2008, OE established one of the strongest and most successful operations in Ghana. The non-profit organization is led by Dr. Edmund Prempeh, who is also a Cambridge educated lawyer and chief of the Ashanti tribe. With Dr. Prempeh’s support, OE in Ghana has incorporated primary schools in five different cities. Additionally, in 2013, OE Ghana and SYTO have hosted Sister School trips and Professional Development seminars presented by Louisiana College of Education. Opportunity Education reached 133 primary schools in Ghana. Alan Barkley, OE’s original Director of International Operations, was introduced to Steve Rudolph of Jiva Education, who is an American educationalist who had worked in India for many years. The company Jiva Education is an educational book publisher, which also runs a school in Faridabad. After meeting Barkley, Rudolph assigned a member of Jiva to help start an OE program in India. In 2007 and 2008, a combined number of 200 primary schools were started with the Opportunity Education program. Since then, 329 schools in India were reached by OE. Alan Barkley visited Nepal in November 2007 with David Sowerwine of Eco Systems to evaluate a pedal generator which he was developing. It was hoped this invention would enable OE to provide its program to schools lacking electricity. Unfortunately, this was unsuccessful, but Barkley did meet United Missions to Nepal (UMN) in the process. Opportunity Education formed a partnership with UMN and together, 37 schools were reached in various rural regions of Nepal. A Los Angeles teacher, named Yeniva Sisay, brought Opportunity Education to Sierra Leone. Sisay was a native born of Sierra Leone, but left due to conflicts during the civil war. Once stability was restored to the country, she elected to return and hoped to establish a secondary school. While helping rebuild the country, she enabled 10 schools to be reached by OE in 2009, all in the Sierra Leone capital, Freetown. Through a London-based organization working with Sri Lanka after the 2004 tsunami, Alan Barkley was introduced to Dr. Ganananda Nanayakkara in 2008. As a professor of anatomy at Ruhuna University and a practicing dentist, Dr. Nanayakkara became the introductory source of OE in Sri Lanka. There were 29 schools in the Opportunity Education program in southwest Sri Lanka. This partnership continued for several years, until unfortunately, it was ceased in 2015 due to improper use of the OE resources in the schools. Opportunity Education worked with two provinces in South Africa— Western Cape and Eastern Cape. In 2006, the Western Cape program began with a relationship with the South Africa Student Travel Services (SASTS), as a former employee was hired by OE. Once a relationship was formed, a retired principal of Levana Primary, Ivor Nobel, led the introduction program of OE into schools. From 2006-2014, 36 primary schools in Western Cape have used OE resources. Similarly, after Alan Barkley met TEBA development, Eastern Cape added OE materials in 30 schools. Collectively, 79 schools were reached by OE in South Africa.

Through Todd Ricketts, Joe Ricketts’ son, Opportunity Education formed a partnership with World Bicycle Relief (WBR), which introduced OE to World Vision Zambia (WVZ). WVZ already had a Memorandum of Understand for education programs with the Government of Republic Zambia, so the OE program could easily begin. Branded as the “V Learning Project”, World Vision Zambia began to provide OE resources in schools in 2012. Over the next three years, 123 schools were reached, which included over 26,200 student participants.